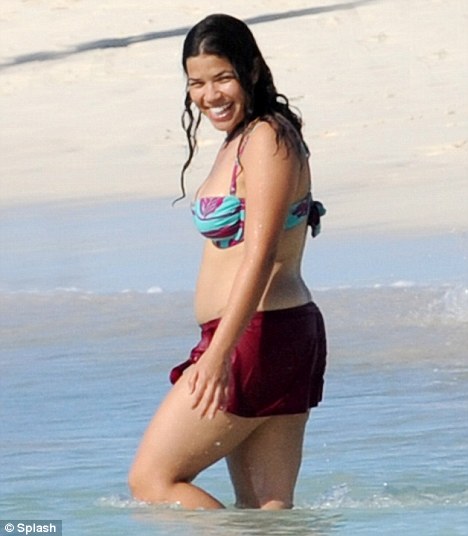 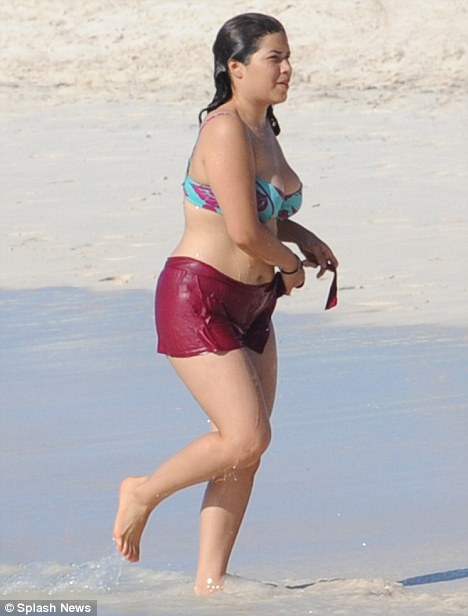 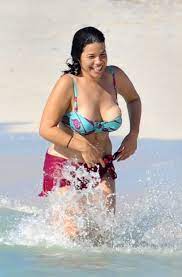 posture, muscles, and muscle mass cover a good deal of her BT2, an 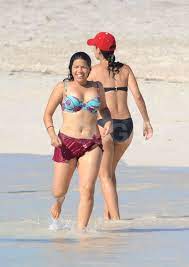 advantage that BT3 and BT4 human bodies (female or male) lack. Although her Classic Arch and Dimples (or lack thereof) are debatable.

The skinny fat including cellulite on her upper front and back legs as well as buttocks, no less, is readily apparent. This means she most probably has at least a slightly underdeveloped sacrum vertebra, but likely most if not all lumbar vertebrae and a lower thoracic vertebra, or even a few (and possibly a mid-to-upper thoracic vertebra as well).

It will be interesting to see how well America Ferrera manages and maintains her body shape figure and weight as she ages. 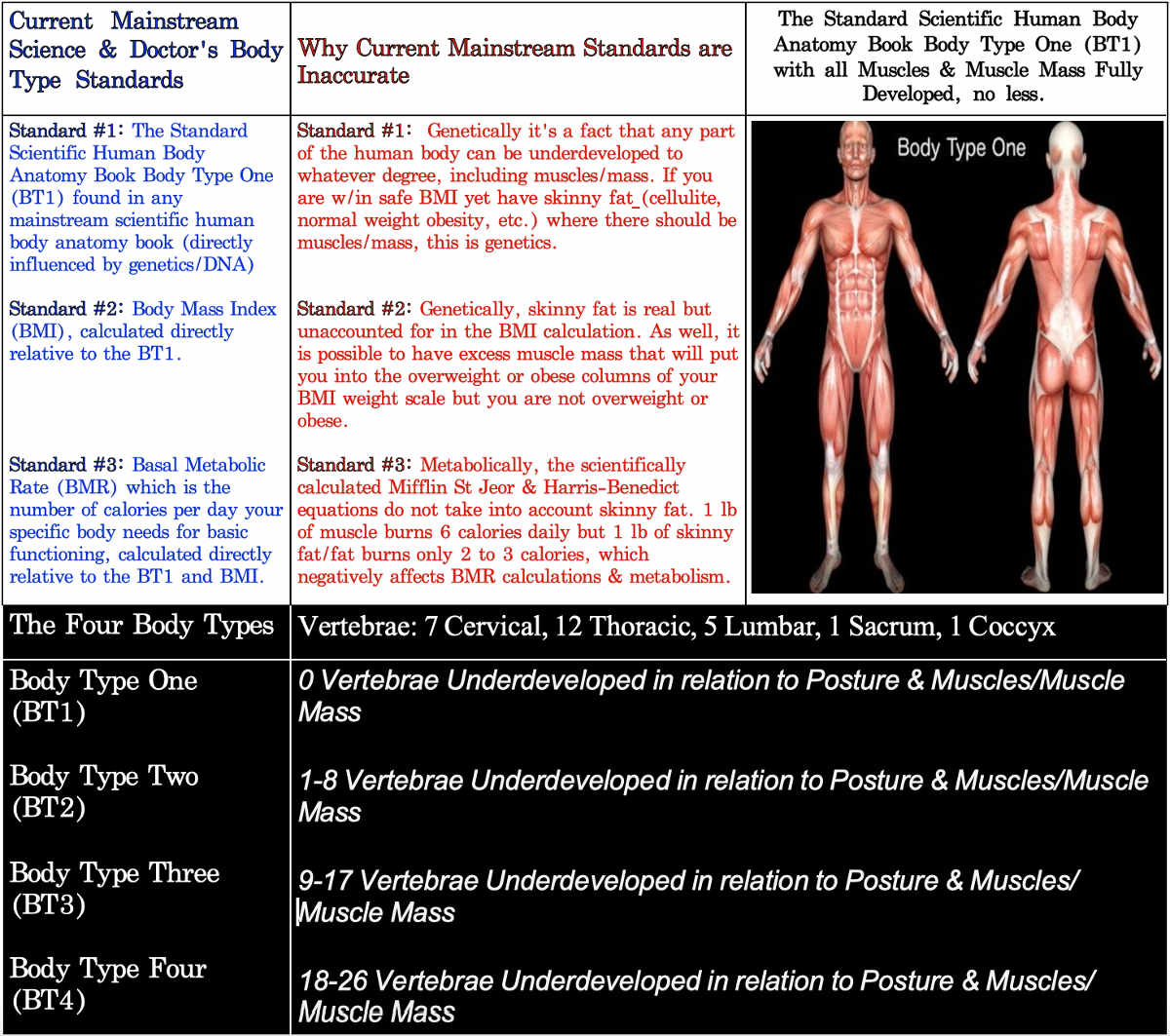 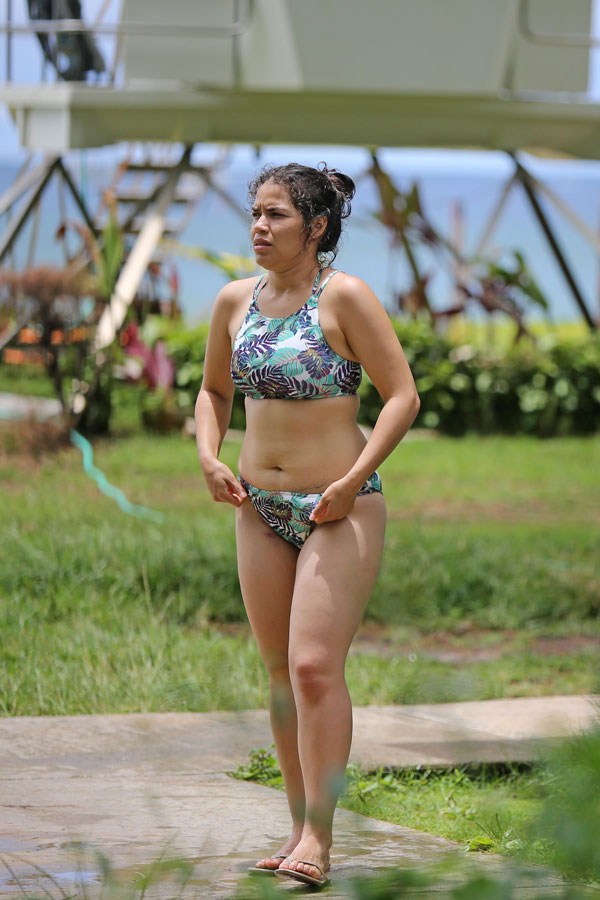 Emmy Award-winning Actress America Ferrera enjoys a day at the ocean in her Body Type Two shape/figure. It 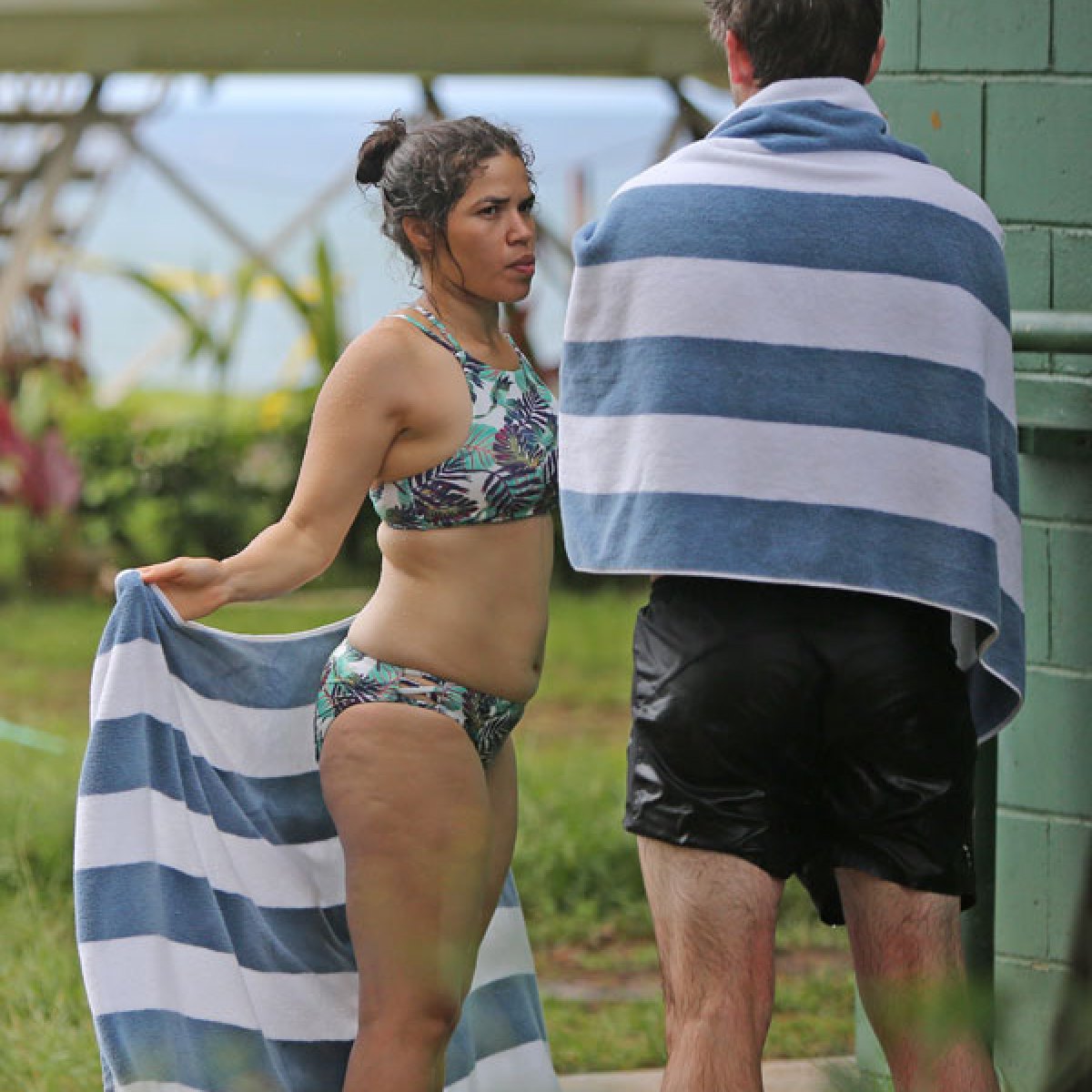 is possible that she is a strong Body Type Three (BT3). Diet, exercise, lifestyle, metabolism, and BMI matter, but so do genes/genetics/DNA.

She originally rose to stardom in her Emmy Award-winning (Outstanding Lead Actress in a Comedy Series, 2007) role as Betty Suarez on ABC’s hit comedy series Ugly Betty. She was also nominated for an Emmy Award in 2008 for Ugly Betty for Outstanding Lead Actress in a Comedy Series. Since then she debuted in the film Real Women Have Curves while also being a part of an array of other diverse movies including Lords of Dogtown, End of Watch, Under the Same Moon, and The Sisterhood of the Traveling Pants. Her horizons have further expanded into producing and directing.