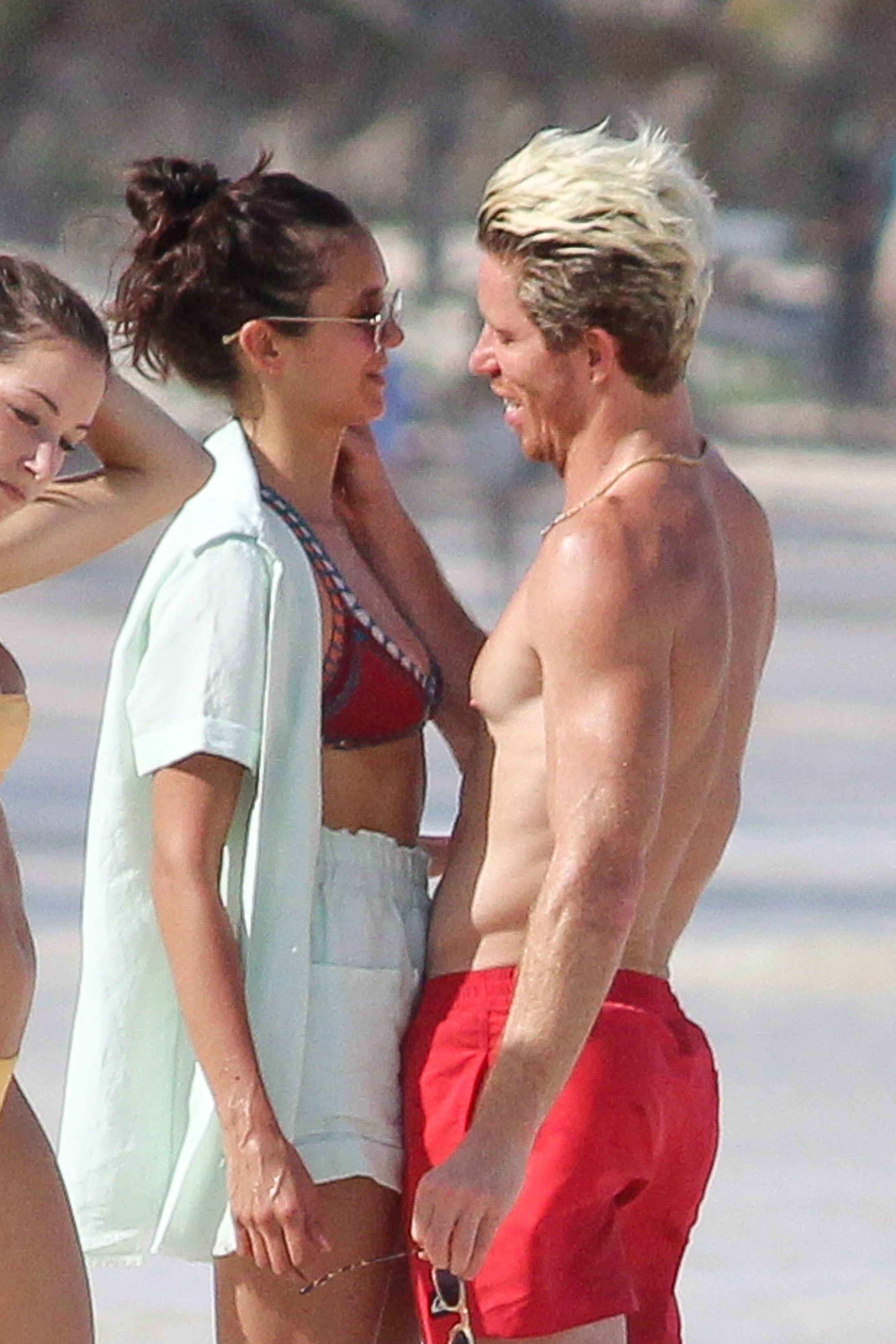 Celebrity Shaun White displays his Body Type One (BT1) physique while at the beach. The fully developed vertebrae, muscles/muscle mass, and posture are clear.  One (1) pound of muscle mass burns six (6) calories per day, but one (1) pound of fat mass only burns two (2) to three (3) calories daily, which directly affects metabolism.

At 35, he is showing no signs of skinny fat (cellulite, thin fat, loose skin, saggy skin, crepey skin, normal weight obesity) anywhere. Diet, exercise, lifestyle, metabolism, and BMI matter, but so do genes/genetics/DNA. Having a strong metabolism because of all that muscle and muscle mass, no less, is one of the many advantages that a fully developed BT1 offers.

It will be interesting to see how well Shaun White successfully maintains his muscular physique as he ages.

Winter Olympic games snowboarder Shaun White, AKA the “Flying Tomato,” showing off his Body Type One physique while enjoying time off at the ocean with actress girlfriend Nina Dobrev. The intense training required to be a world-class gold-medal Olympic athlete only helps increase metabolic rate. He recently finished his final Olympics in Beijing, China in 2022.

As a five-time Olympian, he has won Olympic gold three times in half-pipe snowboarding. His remarkable accomplishments greatly assisted in growing the sport of snowboarding globally. You can catch him on social media including Instagram, Facebook, and Twitter.