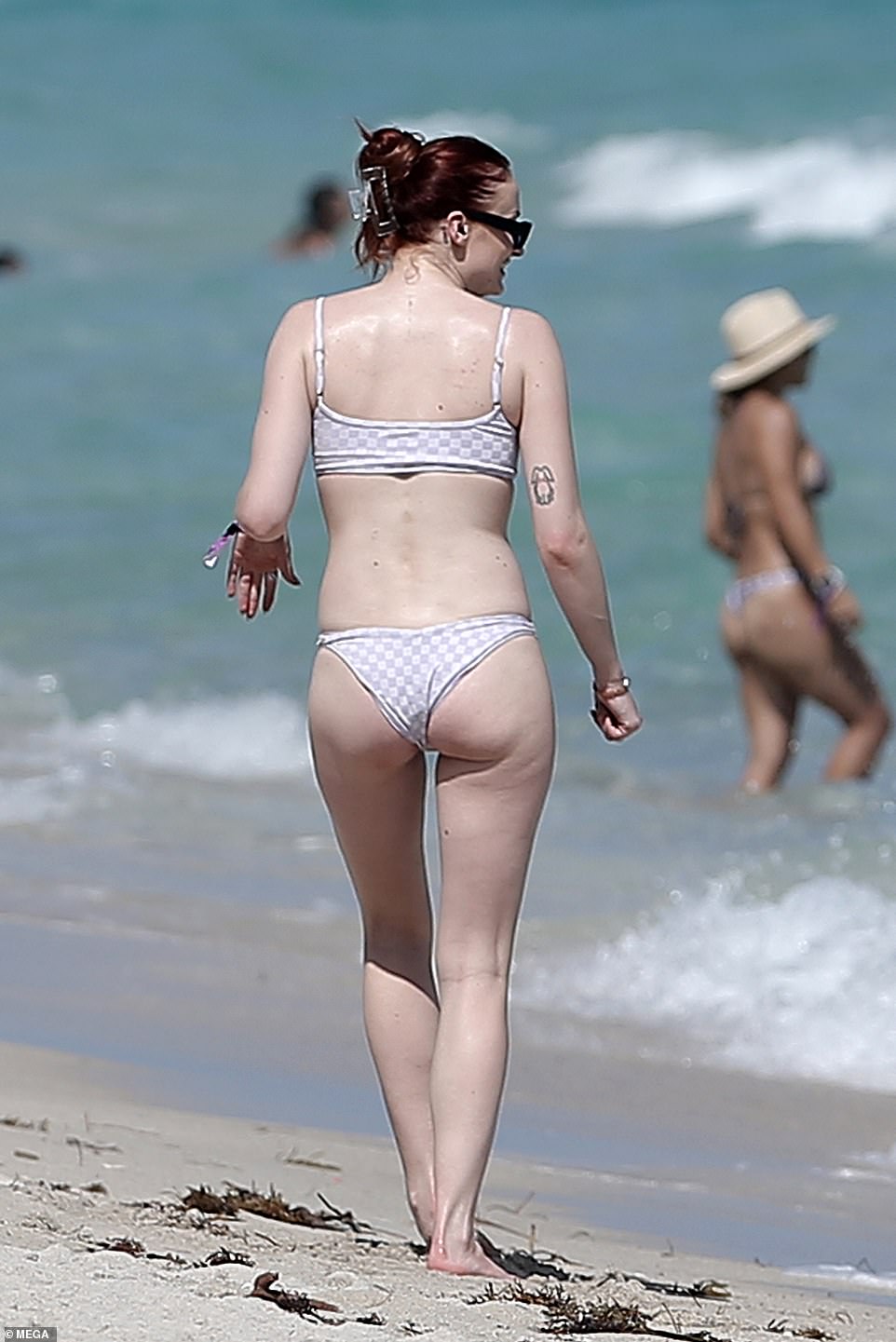 Celebrity Sophie Turner displays her Body Type One (BT1) figure/shape on a casual day out at the beach showing off her baby bump with her husband Joe Jonas. The candid images reveal no real signs of skinny fat (cellulite, etc.) anywhere after the birth of her first child.  One of the many advantages of a BT1.

As science recognizes that one (1) pound of muscle mass burns six (6) calories daily but one (1) pound of fat/skinny fat only burns two to three (2-3) calories per day. Which directly affects metabolism. Keeping in shape for her rising star acting career, including playing Sansa Stark in the hit HBO television series Game of Thrones, likely helps.

It will be interesting to see if Sophie Turner maintains her skinny-fat-free figure/body shape as she gives birth to her second child.

Actress Sophie Turner enjoys a day off from filming at the pool in her Body Type One figure/shape. Her widely developed vertebrae, muscles, muscle mass, and posture are obvious, which helps with metabolism and aging more gracefully. Diet, exercise, lifestyle, BMI, and genetics/DNA also play key roles in things.

In her next reported project, Sophie Turner is teaming up with Dane DeHaan in the crime thriller ‘Wardriver’. She and her husband Joe Jonas are active on social media, particularly on Instagram and TikTok.