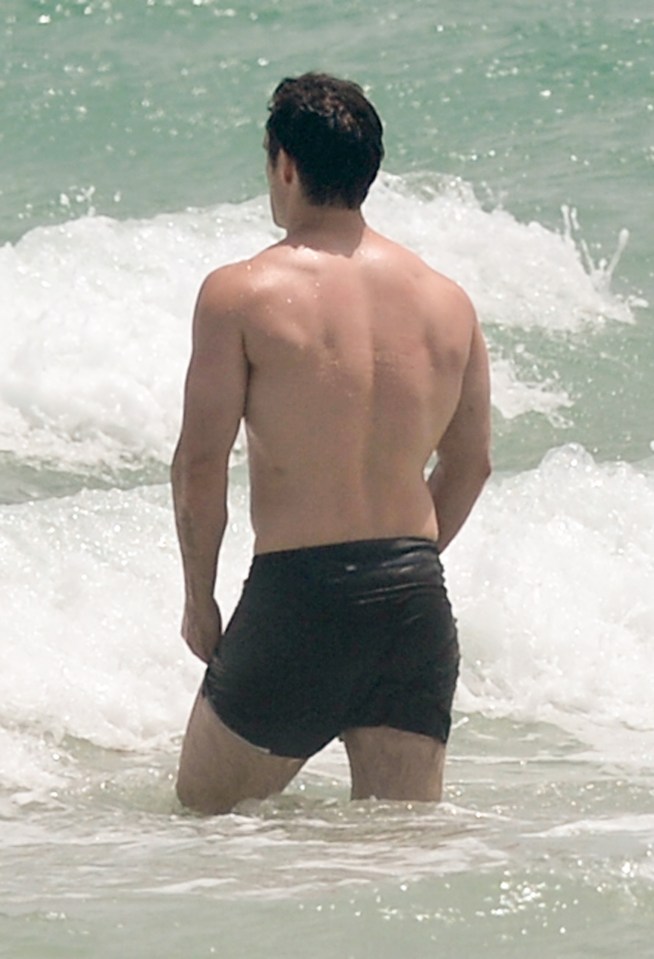 Celebrity Henry Cavill displays his Body Type One (BT1) physique while taking time off at the beach. The fully developed vertebrae, muscles/muscle mass, and posture are obvious. At 39, he is showing no signs of skinny fat (cellulite, thin fat, loose skin, saggy skin, crepey skin, or normal weight obesity) anywhere on his body.

One pound of muscle burns six calories per day, but one pound of skinny fat/fat only burns two to three. Which directly affects metabolism. Having a strong metabolism because of all that muscle and muscle mass, no less, is an advantage that a fully developed BT1 offers — along with aging very well.

Diet, exercise, lifestyle, metabolism, and BMI matter. But so do genes/genetics/DNA. It will be interesting to see as Henry Cavill ages if he successfully maintains his thoroughly muscular physique.

A-list actor Henry Cavill shows off his Body Type One physique while at the ocean on vacation with his friends and family. The physical training required to stay in shape for his demanding blockbuster Hollywood movie roles including the Superman DC Comics hits Man of Steel (2013) and Batman V Superman (2016) along with Immortals (2011), The Man from U.N.C.L.E. (2015), Mission: Impossible – Fallout (2018), The Witcher (2019), and Enola Holmes (2020) help further increase his metabolic rate and burn more calories to keep any excess fat at bay.