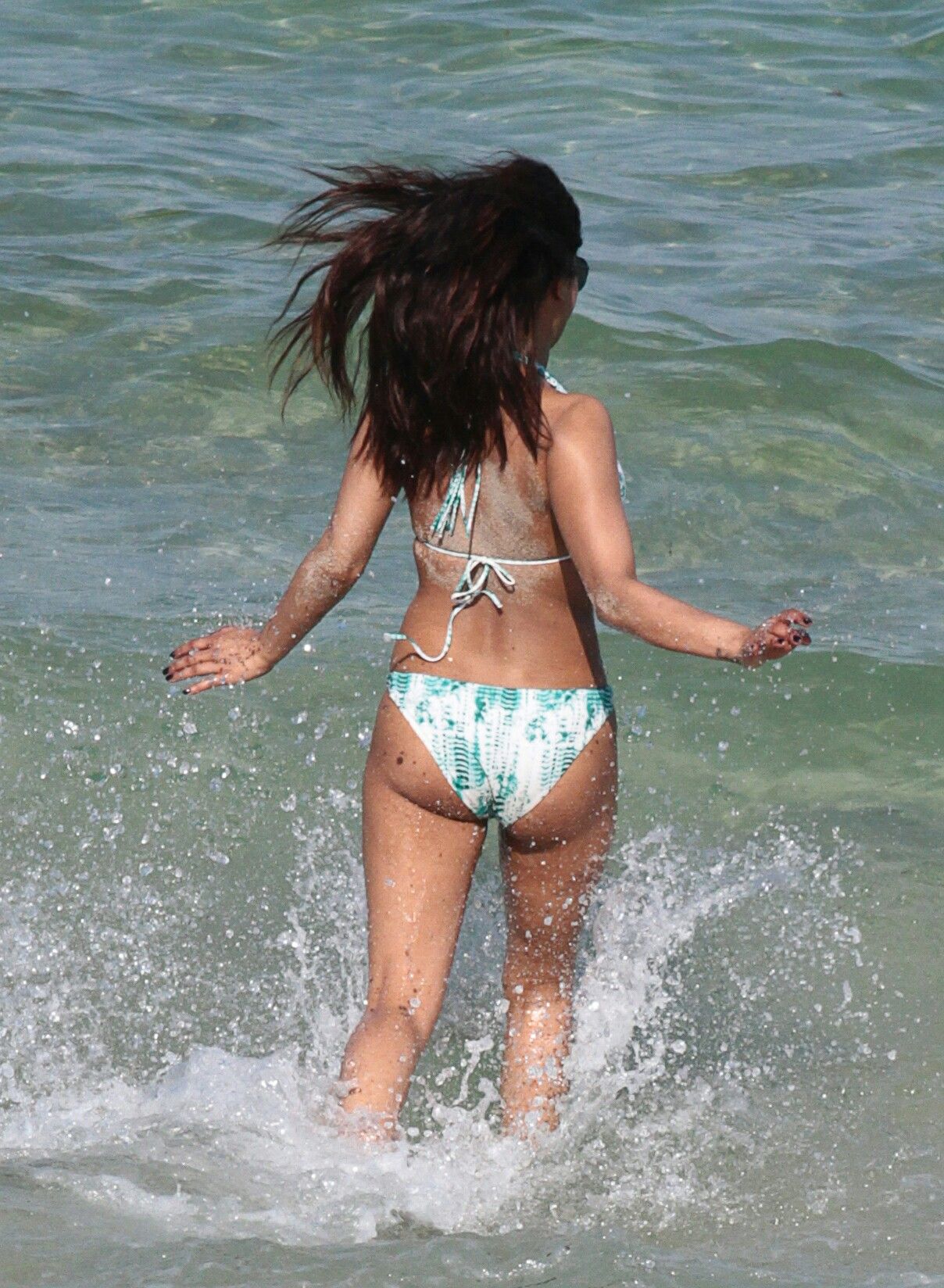 Celebrity Priyanka Chopra shows off her Body Type Two (BT2) shape/figure while on vacation and at the beach. The full development of her lumbar and sacrum vertebrae and muscles/muscle mass relative to posture, including Classic Arch and Dimples, is debatable. She most probably has at least a slightly underdeveloped sacrum vertebra and likely a lower lumbar vertebra or two.

As she has aged, the fat/skinny fat including cellulite has become more obvious on her buttocks and upper legs, no less, and probably her lower back and lower abdomen as well. Metabolism has strong tendencies to slow with age. As well, science recognizes that one pound of muscle mass burns six calories daily, but one pound of skinny fat/fat burns only two to three calories daily.

The mostly developed posture, muscles, and muscle mass across the majority of her BT2 is an advantage that Body Type Three (BT3) and Body Type Four (BT4) human bodies (female or male) generally lack. Diet, exercise, lifestyle, metabolism, and BMI matter, but so do genes/genetics/DNA. It will be interesting to see how well Priyanka Chopra maintains her body shape figure as her metabolism continues to slow as the years pass.

One of Bollywood’s (India) highest-paid star actresses and Miss World 2000 pageant winner Priyanka Chopra enjoys a day at the ocean on holiday in her Body Type Two figure/shape with friends and family, including her husband Nick Jonas. She made her acting debut in the 2002 Tamil film Thamizhan. Sometimes referred to as “Piggy Chops”, she acquired the nickname from her co-stars on set while shooting the movie Bluffmaster! in 2005.