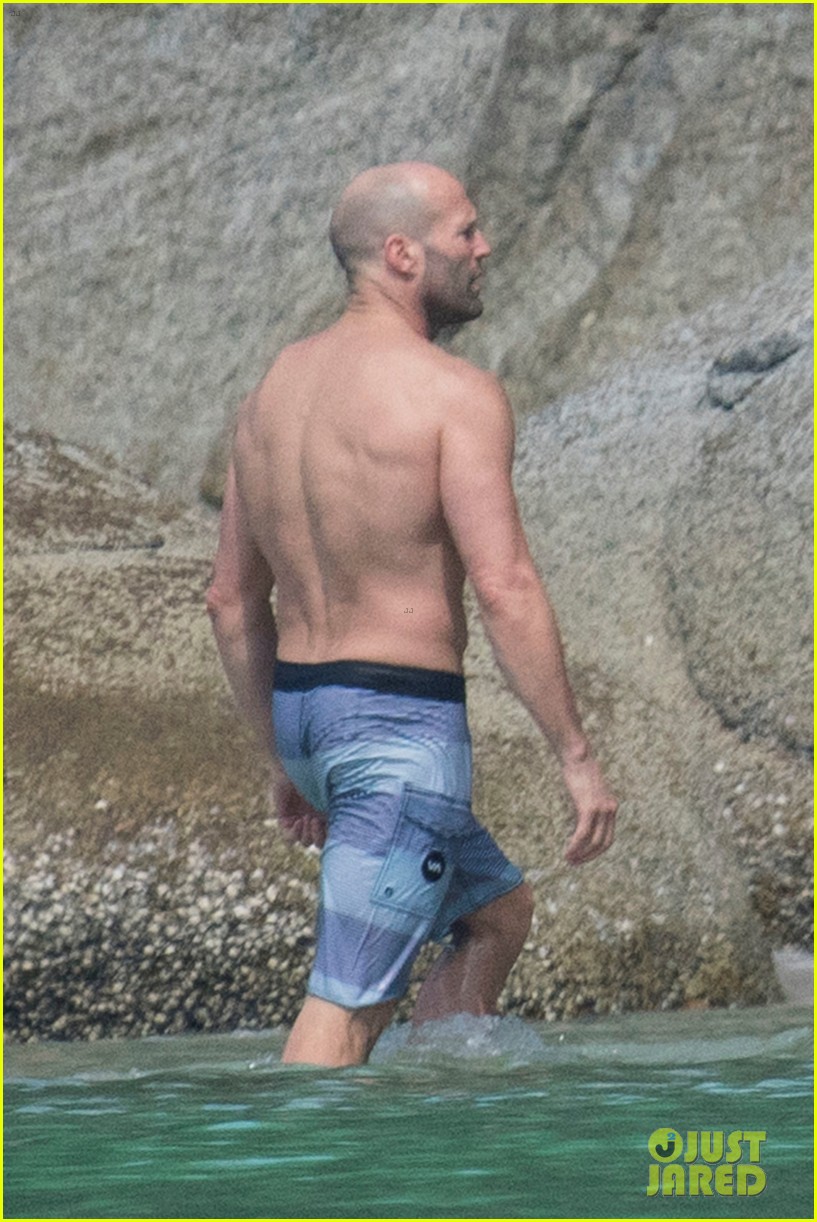 Celebrity Jason Statham displays his Body Type One (BT1) physique while taking time off at the ocean with friends and family including his partner Rosie Huntington-Whiteley. The fully developed vertebrae, muscles/muscle mass, and posture are obvious. At age 54, he is showing no signs of skinny fat (cellulite, thin fat, loose skin, saggy skin, crepey skin, or normal weight obesity) anywhere on his body. Although his muscle definition has faded somewhat as he has aged.

One pound of muscle burns six calories per day, but one pound of skinny fat/fat only burns two to three. Which directly affects metabolism. Having a strong metabolism because of all that muscle and muscle mass, no less, is an advantage that a fully developed BT1 offers, including aging gracefully.

Diet, exercise, lifestyle, metabolism, and BMI matter. But so do genes/genetics/DNA. It will be interesting to see as the year’s pass how well Jason Statham successfully maintains his thoroughly muscular physique.

You can catch him on social media including Instagram, Facebook, and Twitter. See more producer, actor, and Hollywood star Jason Statham celebrity Body Type One (BT1) photos on Google.