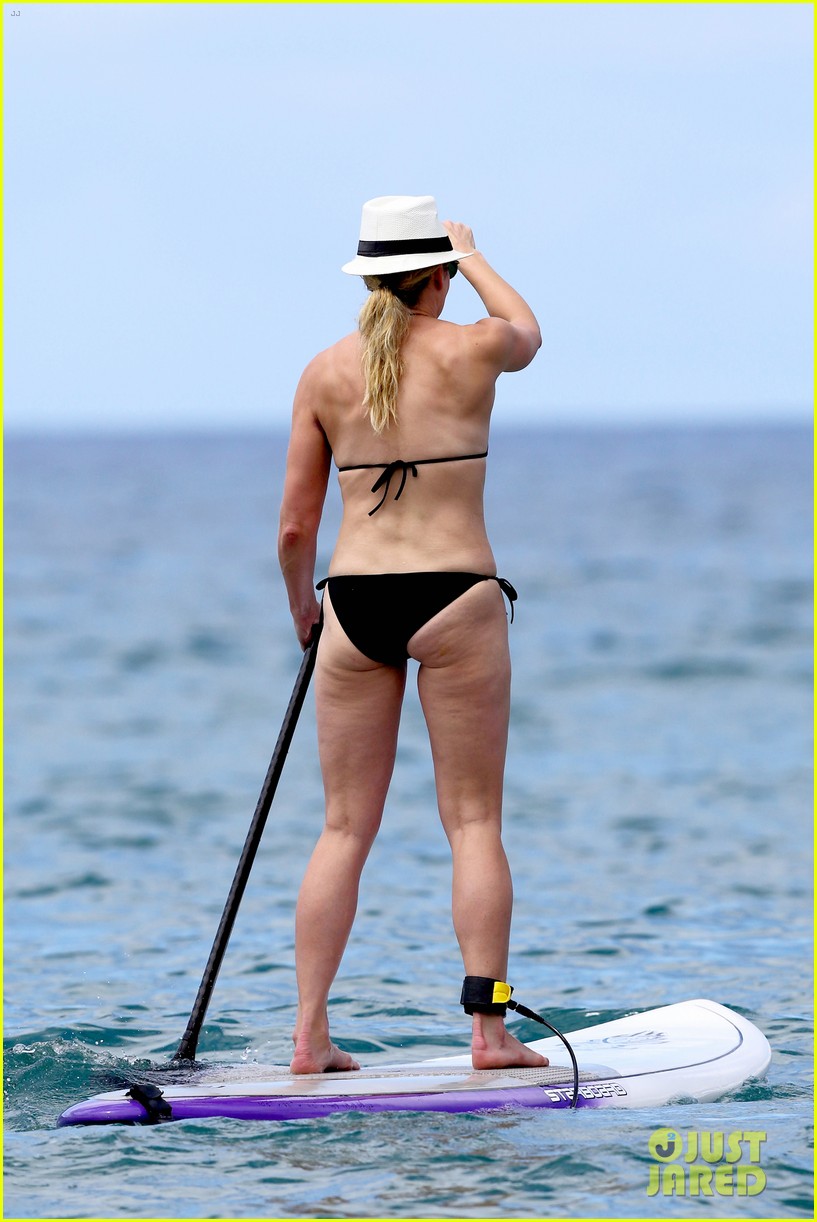 Celebrity Chelsea Handler shows off her Body Type One (BT1) figure/shape at the beach while paddleboarding. At 46, she is looking good. However, the skinny fat, especially cellulite, is obvious on her buttocks and upper back legs.

Is it due to aging alone, or does she perhaps have a slightly underdeveloped sacrum vertebra, which means she is really a Body Type Two (BT2)? Her widely developed vertebrae, muscles, muscle mass, and posture are obvious, including her Classic Arch and Dimples. Whether a weak BT1 or strong BT2, she still has advantages that BT3 and BT4 human bodies (female or male) lack.

Diet, exercise, lifestyle, metabolism, and BMI matter. But so do genes/genetics/DNA. It will be interesting to see how well Chelsea Handler manages and maintains her body shape figure as she continues to age.

Comedian, actress, television host, writer, and producer Chelsea Handler enjoys a day at the beach in her Body Type One shape/figure. Science recognizes that one (1) pound of muscle mass burns six (6) calories per day, but one (1) pound of skinny fat/fat mass only burns two (2) to three (3) calories daily, which directly affects metabolism. This means that any skinny fat is slowing down her metabolism, which negatively affects her basal metabolic rate (BMR), no less.