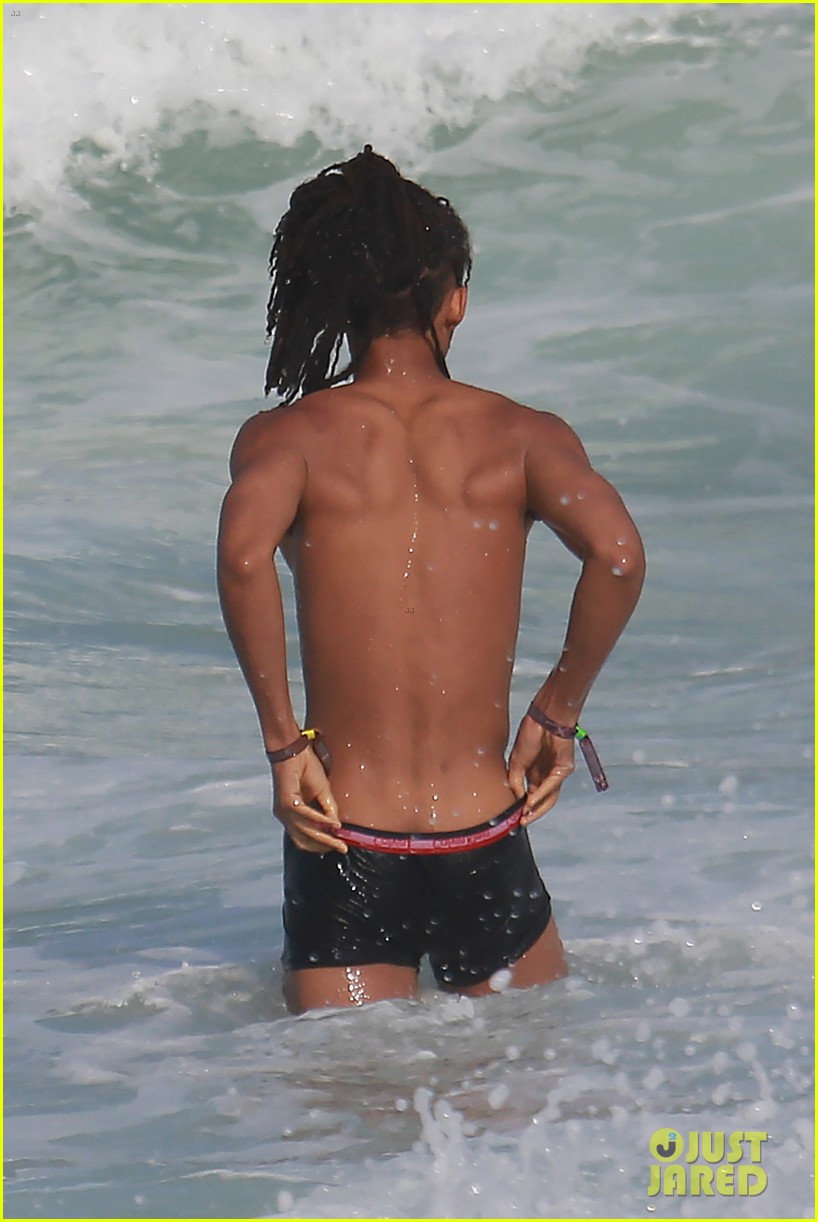 One pound of muscle mass burns six (6) calories per day, but one (1) pound of skinny fat/fat mass only burns two (2) to three (3) calories daily, which directly affects metabolism. Diet, exercise, lifestyle, metabolism, and BMI matter, but so do genes/genetics/DNA. It will be interesting to see if he successfully maintains his muscular physique as he ages.

Actor Jaden Smith showing off his Body Type One physique while taking time off at the ocean. Having a strong metabolism because of all that muscle and muscle mass, no less, is one of the many advantages that a fully developed BT1 offers. The training required for his Hollywood movie roles including The Karate Kid only helps further increase his metabolic rate.

Jaden Smith, son of A-list actor Will Smith and actress Jada Pinkett Smith, has recently been the subject of untrue death rumors. He was not killed in a car crash and is alive and well, although he claims he is invisible. The Netflix Life In A Year drama star was also recently in the news for apparently losing too much weight.