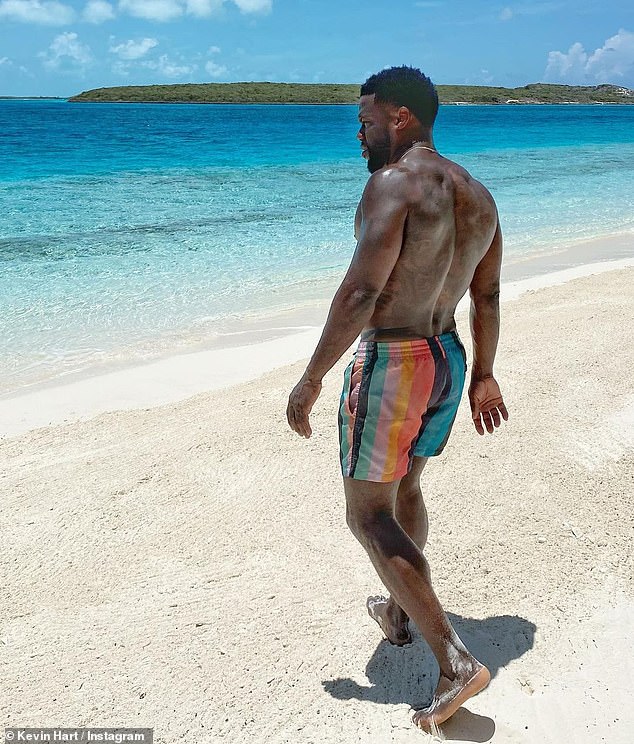 Celebrity Kevin Hart displays his Body Type One (BT1) physique at the beach with his wife Eniko Parrish-Hart and family. The fully developed vertebrae, muscles/muscle mass, and posture including BT1 Classic Arch and Dimples are obvious. Because of all the extra muscles/mass, he is likely in the overweight or obese columns in relation to his safe BMI weight range. Although it is plainly clear he is not obese or dealing with any excess fat. More evidence that BMI is not accurate.

It will be interesting to see how well Kevin Hart maintains his muscular physique as he ages.

A-list Actor and comedian Kevin Hart showing off his Body Type One physique while on vacation. Having a strong metabolism because of all the muscle and muscle mass, no less, is one of the many advantages that fully developed BT1 posture, muscles, and muscle mass offer. Muscle burns even more calories during physically strenuous activities like performing stand-up comedy shows and bulking up for star movie roles including the Jumanji franchise, Ride Along, Central Intelligence, Think Like a Man, and Fast & Furious Presents: Hobbs & Shaw.