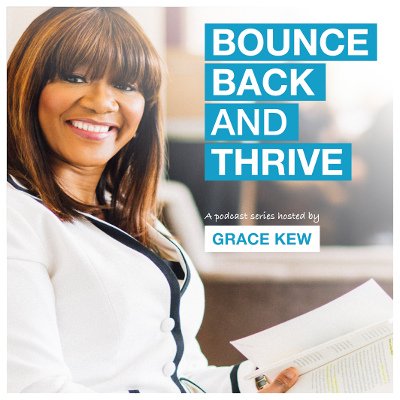 Fellow One Research lead scientific researcher, Marc Nelson, joined host Grace Kew on the Bounce Back and Thrive Podcast. The show started with sharing his experience as an 8-year-old star soccer player and noticing that his body is different than his peers. Instead of having muscle and muscle mass, like the mainstream, standard scientific human body anatomy book shows, he had skinny fat (normal weight obesity, cellulite, thin fat, loose skin, saggy skin, or crepey skin) all over his body.

Even though obesity commonly runs in his family, the doctors and his parents reassured him that as he grew that would all change and get better — he would grow muscle. But as he reached puberty, more fat grew and no muscle. His diligent, consistent weight lifting efforts along with changing his diet countless times and trying copious supplements yielded minimal results that, in the end, were not worth the effort. It turns out skinny fat is permanent relative to conventional methods.

Eventually, he is forced to quit all competitive sports as lacking so much muscle/muscle mass made it impossible to really compete. His family, especially his parents, refused to believe anything other than he is a quitter and loser because he was simply not working hard enough.  All of which negatively affected his confidence and mental health, yet also inspired him to pioneer Body Type Science.

The Four Body Types definitions were then explained. A direct correlation is made to genetics, especially vertebrae/posture

and muscles/muscle mass development (or lack thereof) compared to skinny fat and fat. For many people globally, no matter how diligent they are with their diet, exercise, metabolism (BMR), BMI, and lifestyle, their genetics play a key role in their body type and shape.

In terms of diet, the most recent science shows that a calorie is not a calorie, that food quality matters (especially low Glycemic Index/GI foods), and that a low-carb diet with a bullseye of 37 grams of carbs per day is a very effective way to lose weight for many people. This is especially true for people who have failed to successfully lose the desired weight with any other diet they have followed. The importance of proper exercise to positively influence metabolism as well as healthy lifestyle choices, particularly sleep and stress, are also addressed.

The discussion shifted to the widespread, unrealistic, inaccurate physical body type standards and expectations placed on the average person by mainstream scientists and doctors, social media, the media, and society in general. How can anyone be happy in a Body Type Two, Three, or Four when such unfair physical standards and expectations are the cultural norm? Unfair standards that encourage unhealthy diet, exercise, and lifestyle behavior, all of which are negatively reflected in

All the Photoshopped and fake filtered body images and common misinformation and disinformation on social media only exacerbate the problem. Body Type Science helps alleviate the confusion and nonsense by allowing the individual to scientifically understand, determine, and identify their real body type. As a comprehensive solution, Body Type Science helps you accept your genetic body type as it is which allows you to make healthy science-based diet, exercise, and lifestyle choices that encourage improved mental, emotional, and physical well-being in the short and long term.

Fellow One Research’s current science-based tools can help, including the online Scientific Body Type Quiz and Scientific Weight Loss Programs.  Listen to this informative and enlightening Bounce Back and Thrive Podcast episode with Grace Kew on Spreaker (iHeart Radio).